Compensation Insights and Musings for 2014

We are receiving an increasing number of inquiries from California business owners on the compensation insights and trends for 2014.  We’re pleased to see the interest from and the ability for employers to finally begin to consider recognizing employees with competitive compensation packages after a long hiatus of layoffs, frozen salaries and salary reductions.  So what is the rest of the country doing for 2014 merit budgets?

Our compensation sources report that base pay increases for 2014 will remain at about three percent, similar to the 2013 budgets according to the annual Compensation Planning Survey published by Buck Consultants.   In addition, the WorldatWork Salary-Budget Survey shows U.S. employers’ salary budget increases are projected to be 3.1 percent for 2014.  WorldatWork reports that this would be the first average increase above three percent since 2008.

Employers who wish to reward top performers are allocating their salary budget dollars to allow the top 5 – 20 percent of performers to receive higher percentage increases, while average employees receive less, and below average performers often receive minimal to no base pay increase.  However, given the budget and headcount cutbacks of the last few years, many employers report they do not have any substandard performers remaining on the payroll.

Towers Watson reports that U.S. companies are planning pay increases that will average 2.9  percent in 2014 for their salaried, non-management employees. (2012 and 2013 increases averaged 2.8 percent for this group.)   Similar raises are also on the docket for executive and non-exempt employees. The Towers Watson survey notes that in 2013 exempt employees with the top performance ratings were given a salary increase averaging 4.6 percent, compared to average workers who received a 2.6 percent increase.

Silvers HR is  not a fan of Cost of Living Allowances (COLA) for across the board increases.  (Okay, the most senior member of our team is not a fan.) See our article from a few years ago titled “A “Witness at the Scene” Compensation Program?” based on Woody Allen’s infamous quote: “80 percent of success is showing up.”

Employers who have limited salary budgets still have options on giving top performers  additional recognition, including carving out special adjustments for the top 20 percent and giving discretionary bonuses or lump sum merit payments that will not impact the base salary for the life of the employment relationship.  A great article on “10 Ways to Reward Performance Despite a Low Budget” is available through WorldatWork here.

Silvers HR has purchased a national salary survey through ERI that has base salary data for thousands of positions.  This information is offered at a fee per position. (Silvers HR’s retained clients receive a significant discount for the salary survey data.)  Give us a call to ensure you are paying competitive market rates for your key positions.  The unemployment rate is dropping and your key employees may be taking calls (or making them) for a better paying job. 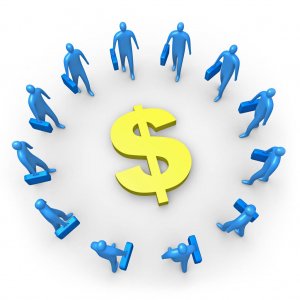