A few recent California court of appeal decisions have us shaking our collective heads over the extended liability employers have for employees who are off the job and off company premises.  We’ll begin with a situation that occurred after a company holiday party – the facts and the outcome are not what you would expect….

The Marriott Del Mar Hotel hosted an employee party in December 2009.  Employees were not required to attend, but many did, including Michael Landri, one of the Marriott’s bartenders.  Landri had a roaring good time during the party.  He drank prior to arriving, brought a flask of whiskey to the event and consumed a lot of alcohol throughout the evening.[1]  When his flask was empty his manager refilled it from the hotel’s liquor supply.  Landri was intoxicated when he left the company party and another employee drove him home.  Landri arrived home safely.  So that’s the end of the employer’s liability, right?  Not quite.

Twenty minutes after Landri arrived at his home he left to drive a coworker home. During the drive, Landri struck another vehicle and killed the driver, Dr. Jared Purton.  Landri was speeding more than 100 miles per hour and his blood-alcohol content at the time of the accident was .16, well over the legal limit.  Landri pleaded guilty to gross vehicular manslaughter and received a six year prison sentence.  Dr. Purton’s parents sued Landri and the Marriott for wrongful death of their son.

The trial court supported the Marriott’s argument that the employer’s potential liability ended when the employee arrived home after the party.  However, Purton’s parents appealed and the CA court of appeal reversed the decision.

We’ll not review all the facts of the case, but the primary issue here was the doctrine of respondeat superior, which holds an “employer may be held vicariously liable for torts [or wrongful acts] committed by an employee acting within the scope of employment.”  But, you say, Landri wasn’t acting within the scope of his employment. He drove after he was home from the company party!  This is why you and I are not judges.

The appellate court decision notes that “an employer may be vicariously liable for an employee’s tort if the employee’s act was an “outgrowth” of his  employment, “inherent in the working environment,” “typical of or broadly incidental to” the employer’s business, or, in a general way, foreseeable from the employee’s duties.”  The appellate court goes on to draw a connection between the employer’s party that conceivably benefited the company by fostering camaraderie.  Several other cases around employer sponsored parties are noted in the decision.  To read the full case click here.

During this season of holiday cheer (and throughout the year), it is best that employers limit the alcoholic offerings at company sponsored functions.   Serving plenty of food and non-alcoholic beverages may save a lot of damage and limit the employer’s extended liability.

But let’s not stop here.  Everyone knows the risks of serving alcohol. How about the risks of an employee stopping for yogurt on the way home?

A recent California court of appeal also found an employer liable for an employee’s car accident during her drive home.   In Moradi v. Marsh  an employee often used her personal vehicle for her employer’s business.  During her commute home from the office she stopped to purchase a frozen yogurt and attend a yoga class.  She collided with a motorcyclist while turning left at the yogurt shop.  Although the trial court dismissed the employer’s liability for this accident the appellate court reversed that opinion.  Here’s their thinking….

Looking for some positive news? Here’s one…

In a recent case involving one of Halliburton’s employees, Troy Martinez, the CA appellate court found in favor of the employer regarding an employee who had a car accident while on personal business in a company pickup.

Martinez worked in Seal Beach, CA and left work in his company pickup after his shift one morning in September 2009.  He drove 140 miles to meet his wife to shop for a new family car in Bakersfield.  After shopping and lunch, Martinez headed back to Seal Beach. On his return trip he was in an accident resulting in six passengers being injured.  The six injured passengers sued Halliburton for Martinez’ accident since he was in a company vehicle.   The appellate court sided with Halliburton noting that Martinez went significantly out of his way for this personal trip.  You may read the full case here.

The difference between this case and the Mordi case above is the distance Martinez drove the company  vehicle on personal business.  The 140 mile trip was a foreseeable and substantial departure from the employee’s commute in the above case. Not so in the Moradi yogurt stop case.

We encourage employers to outline employees’ use of company vehicles and their own personal vehicles for company business. Although employers may not completely rid themselves of liability, they can ensure employees know standards and proper safety rules while traveling on company business. 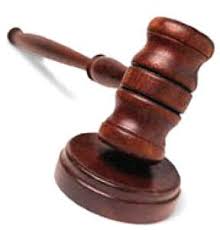 [1] The employer had considered serving only wine and beer and limiting employees to two drinks per person at this party. However the two drink limit was not enforced and they ended up serving hard liquor.