What are the revisions in Federal Exempt Classifications?

On March 13, 2014, President Obama issued a memorandum to the Secretary of Labor  instructing her to “propose revisions to modernize and streamline the existing overtime regulations. In doing so … consider how the regulations could be revised to update existing protections consistent with the intent of the Act; address the changing nature of the workplace; and simplify the regulations to make them easier for both workers and businesses to understand and apply.”

The Presidential directive specifically notes concerns for executive, administrative, and professional employees (“white collar” workers) whose salaries may not have kept up with “modern times.” Those paid below the federal salary threshold will not be exempt from overtime payment. (We refer to these types of employees as “non-exempt” or “hourly”.)

The Fair Labor Standards Act (FLSA) passed in 1938  has been updated twice in the last 40 years.  Specifically noted in the  Fact Sheet that accompanied the memorandum:

Before panicking about the exempt classifications your firm may have in place today keep in mind that: 1) these types of federal initiatives take a good while to research, get input on, and implement; and 2) we have a unique classification system in California that is already well above the federal standards outlined in the FLSA.  For example, under the federal FLSA, an employee classified under the executive exemption must meet a duties test and a salary test. The salary test requires the employee earn at least $455 per week. However, in California, the salary test requires the employee earn at least two times the state minimum wage (soon to be $9/hr on July 1, 2014) for a full time employee – or at least $720 per week as of July 1, 2014.  In most cases the California exempt classifications have a higher threshold on the duties and salary tests than the federal standards. Depending on the degree of change, the Department of Labor’s actions may have limited impact in California.

We’ll keep our clients posted as more information is published.

You may read the full Presidential memorandum here. 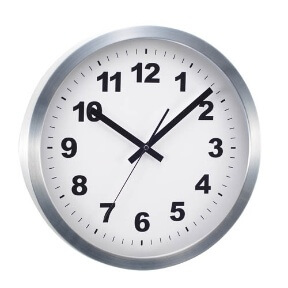